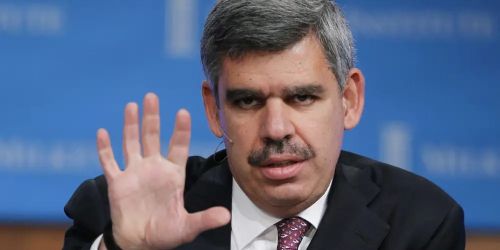 The Federal Reserve has been gradually increasing interest rates in recent years, and the effects of this on both inflation and the economy have been a source of debate. According to Mohamed El-Erian, an economist at Allianz SE, these rate hikes could lead to an economic recession as soon as 2023.

El-Erian believes that while short-term effects may be minimal, over time they will cause inflation levels to rise above what is sustainable for long-term economic growth. This could eventually lead to a recession if not managed properly by the Fed.

He suggests that instead of relying solely on rate hikes for controlling inflation levels in the future, more creative solutions should be implemented such as targeted fiscal policies or even unconventional monetary policy tools like quantitative easing (QE).

While some economists disagree with El-Erian’s prediction about when a potential recession might occur due to rising rates, there is no denying that it is something worth considering given its possible implications on markets worldwide.