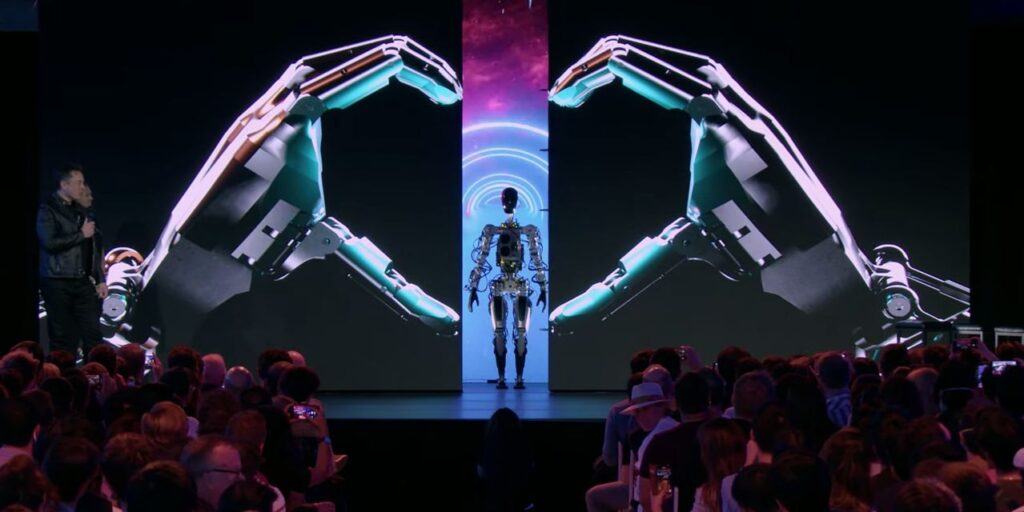 Elon Musk unveiled a prototype of Tesla’s humanoid robot Optimus. The robot is part of an effort to shape perception of the company as more than just a car maker. Mr. Musk first laid out the vision for the robot, called Optimus, a little more than a year ago at the company’s first-ever AI day. The Tesla CEO said the robot is expected to cost less than a car and will be unveiled at an event in Palo Alto, California, on Friday. The event was part of the CEO’s effort to create a public perception of Tesla as more of an electric-vehicle maker than just an electric car maker, he said. The company says the robot will cost $1,000 to $2,000. . . .